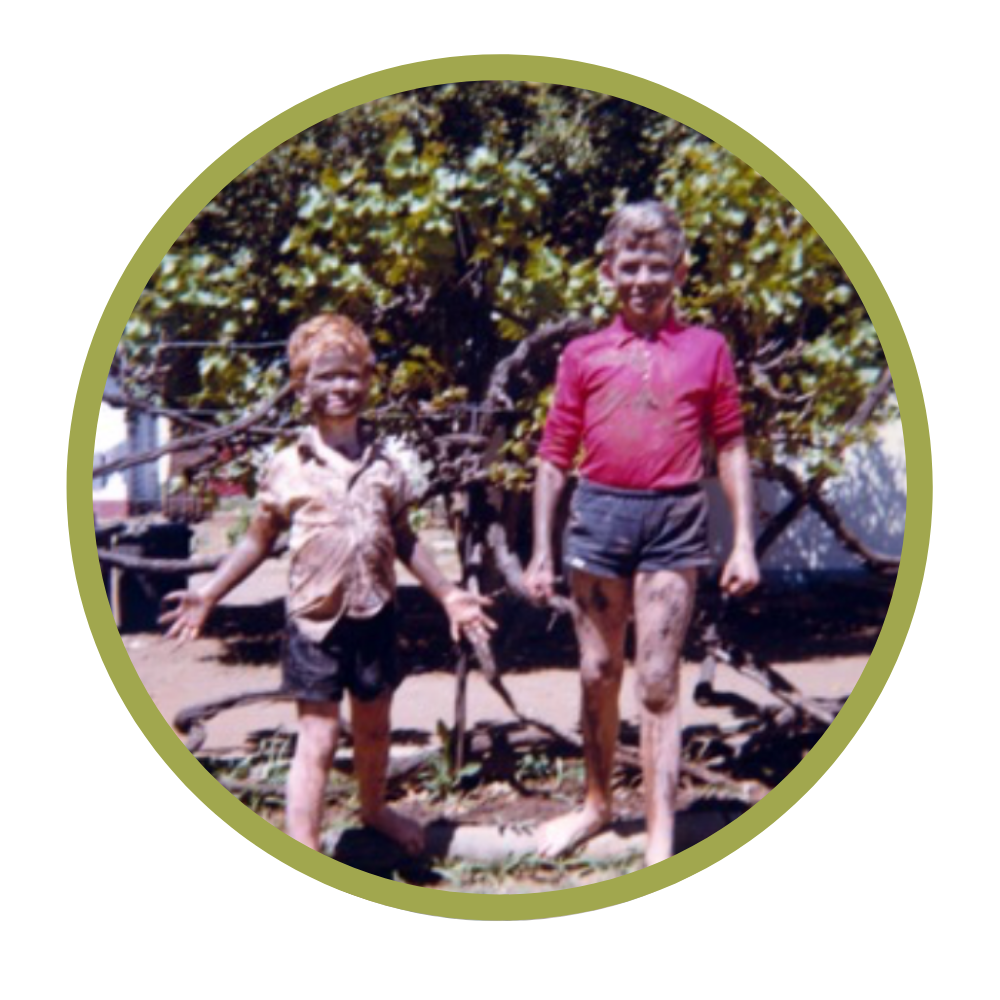 I grew up in a farming community where we played outside and got dirty all the time .This is a picture of my older brother and I from many moons ago “getting dirty”. We ate vegetables and fruit straight out of the garden and were always close to soil. We rarely got sick and did not use vitamins or supplements as children. Our family doctor told us not to wash all the dirt off our vegetables to ensure we got all the right bacteria and nutrients from the soil. He was a wise man.
In modern times our lives (our hands), and our food are sanitized and cleaned to the point where our access to the goodness that exists in soil is very limited, and in most cases non existent.
My family have been using a range of Soil Based Probiotics (SBO’s ) for years that was imported from overseas at high costs – the shipping and import taxes were more than the actual product! I decided to create a locally produced SBO that was better than anything out there.
ELIXIRMUNE was formulated by internationally recognized bio-technologists to develop a Soil Based Probiotic (SBO) that could introduce the goodness of South African soil to our bodies to help build up some “old school” immunity to fight disease and infections. For A Better Way of Life.

“All disease begins in the gut”

It’s a quote attributed to the Ancient Greek physician Hippocrates nearly 2500 years ago. Well he wasn’t far off. Every time we eat or drink or expose ourselves to chemicals and hormones, we are either feeding disease or fighting it!

More about our ingredients

Blackstrap molasses contains vital vitamins and minerals, such as:

Blackstrap molasses is an abundant source of fulvic and humic acid and helps in stabilising blood sugar levels. It has a low glycemic index (GI) score of 55, and aids in slowing the metabolism of glucose and carbohydrates, which subsequently means less insulin production. This helps in preventing the accumulation of excess fats or lipids in the bloodstream.

Fulvic acid can improve blood sugar levels in diabetics because it is hypoglycemic.

Though many people don’t think of diabetes as a gut disorder, the truth is that impaired gastrointestinal function, dysregulated immunity, and intestinal inflammation are all hallmarks of diabetes. The intestinal lining is the place in the body where digestive food and nutrients are absorbed into the bloodstream, and consequently it affects the production of insulin and other hormones. Any damage or inflammation to the gut can impair absorption but also trigger immune responses and inflammation.

Fulvic acid may be experiencing a wave of scientific interest at the moment, but it is an old remedy that has been prized by ancient healing modalities like Traditional Chinese Medicine (TCM) and Indian Ayurveda for thousands of years. Fulvic acid is produced by microorganisms during the decomposition of plant and animal materials. Shilajit is a tar-like substance formed in mineral deposits over thousands of years, rich in many humic substances – fulvic acid included.

Anecdotally, shilajit has been recommended as a treatment for regulating blood sugar processes and treating diabetes. This is likely due to its fulvic acid content, which is now being proven clinically to have effects on both blood sugar and chronic inflammation

Finding remedies from the Earth is the ideal way to promote your body’s well being. Humic and fulvic acids are two compounds that have been found to be efficient in ensuring the wellbeing of individuals, and it has been noted that the acids can have beneficial effects in medicine and healthcare. The acids are thought to hold the key to the development of intervention in HIV viruses, Hepatitis B and Diabetes among other conditions.

They work by increasing energy levels, increasing bioavailability and they also enhance the amino acids that act as antioxidants and free radical scavengers in the body. These are properties that are very important in the human body and could be the basis of usefulness of the acids in management of diabetes.

Diabetes is fast becoming a global epidemic and this means that fulvic acid is an important compound that will help in limiting the effects of the disease globally. Fulvic gives energy to diabetes patients who then lose the tingling painful feeling that individuals with diabetes experience from the nerve endings. As a result, individuals suffering from diabetes mellitus lead an essentially normal life.

According to studies carried out by several researchers in their efforts to find a solution to the epidemic that is slowly gathering around the globe, scientists have noted that fulvic acid has a significant role in the prevention of development of free radicals that damage the pancreatic islet B cells. The damage to pancreatic islet B cells is known to be the power behind development of diabetes mellitus and therefore having the compound that can combat this is a journey halfway traveled towards attaining a long-term remedy for diabetes mellitus.

Furthermore, the presence of humic/fulvic acids in the body has a significant increase on superoxide dismutase activity in the body. These effects of the acid lead to the reduction in development and progression of diabetes. Additionally, it also assisted in treatment and other intervention practices.

Research has proven that development of diabetes results from a deficiency of the protective body humic substances, chief among them being the fulvic acid. This is the reason why diabetes is classified among metabolic diseases. Since this is the case, then it means that one can protect themsleves from suffering the deficiency that has a potential in developing into diabetes mellitus by providing your body with the correct ratio of these organic compounds.

*THE DIFFERENCE BETWEEN SOIL-BASED ORGANISMS (SBO’s) AND TRADITIONAL PROBIOTICS:

There are two main differences between probiotics with soil-based organisms and other probiotics. Both of them are down to their hardiness:

1. They appear to survive the first part of their journey through your stomach and small intestine. They survive the gastric barrier and are not affected by gastric acid. Some studies suggest traditional probiotics are less likely to survive to the same extent.

2. Soil based probiotics have a longer and more stable shelf-life, so they don’t need to be refrigerated. That means they might be easier to take with you when you’re travelling.

What Are Traditional Probiotics?

Probiotics are the good bacteria in your gut microbiome.

Probiotics are live microorganisms (usually bacteria) that some people consume as supplements because of their supposed health benefits. Certain probiotics also naturally occur in food, especially in fermented products like yogurt, kefir, kombucha, kimchi and sauerkraut.

Soil-based organisms (SBO’S) are microorganisms that naturally occur in soil. In nature, SBO’s enrich the soil and protect the beneficial bacteria that plants use to grow and provide nutrients to plants.

Soil-based probiotics are spore-forming, which is why some people also refer to them as spore-based organisms. The reason why sporulation is important is that the spore structure protects the dormant bacteria from environmental factors, such as soil acidity.

That natural protection mechanism makes SBOs ideal for human consumption because it ensures that the bacteria can make it through the harsh environment that is the human digestive tract by withstanding stomach acid.

Humans have consumed soil-based organisms via food for millions of years, and this includes microorganisms that lived in that soil such as bacteria, yeast and fungi.

SBOs have several advantages over their traditional probiotic counterparts. Most importantly, SBO’s are typically shelf-stable and have natural mechanisms to protect the bacterial strains from the harsh environment of the stomach. As a result, SBOs don’t require any preservatives or synthetic coatings (like traditional probiotics do)

Over 70% of our immune systems reside in the digestive tract and gut microbiome, which makes it crucial to maintain optimal levels of beneficial bacteria whilst ensuring pathogenic bacteria are eliminated.

An imbalanced gut microflora disrupts our overall health and wellness and is associated with undesirable digestive tract symptoms such as inflammatory bowel diseases.

While soil-based probiotics aren’t native residents of the human digestive tract, they have been part of the human diet for millions of years and hence play a fundamental role in microbiome , or gut health, as it is commonly known.

One of the important roles that SBOs play is to create a more hospitable environment for good bacteria to thrive. They accomplish that by reducing oxidative stress in the gut by conditioning the intestinal environment so that your natural, diverse flora has the best chance to proliferate.

SBOs are heat resistant, shelf-stable and arrive intact in the lower digestive tract because of their inherent resilience to harsh environments. Traditional probiotics often require refrigeration and don’t make it through the upper digestive tract in large enough numbers.

SBO Probiotics – A History and a Future of Good for Humans

A healthy gut is key for your overall health and well-being. That’s why it’s vital that you do everything you can to support the good bacteria in your gut while keeping the bad bacteria at bay.

Humans, and the human gut in particular, had been exposed to soil bacteria for millennia. However our modern day lifestyle, and the way mass market food is processed and packaged has virtually eliminated our exposure to these beneficial microorganisms.

SBO’s (Soil Based Organisms) Probiotics help re-connect humans with the right beneficial soil-based bacteria for optimal gut health and to increase our ability to fight infections and disease naturally. 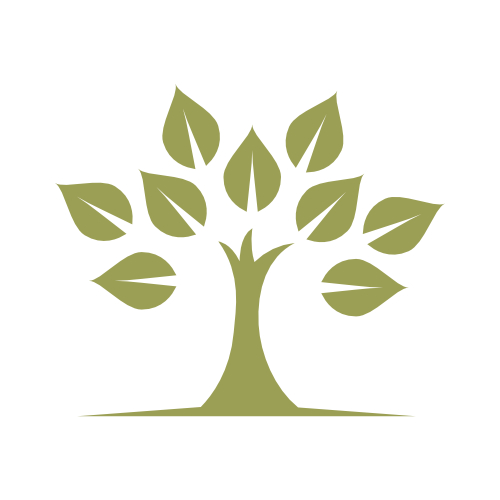 The content of this website is not to be viewed as medical advice nor does it replace the consult of a health care professional.